An End of Summer Update From Your Favorite Dogecoin HODL'er

Hey guys, what's up! In the last newsletter, I left off by detailing how my Dogecoin portfolio had dropped to where I was technically a "hundred thousandaire." Since then, Dogecoin went back up and guess who’s a millionaire again???

This is probably the 3rd or 4th time I’m back up to a million, and it’s been a wild ride to say the least. Doge rebounded since the last big dipper at the end of July. Honestly, August seemed like it was going to close out on a high note and bring us up to the 40 cent mark... but since Bitcoin decided it couldn’t hold up around $50,000, everything else took a dip right along with it.

Currently, Dogecoin is sitting around 27 cents, after chilling in the mid-30 cent range for a couple weeks. But it’s all good, and the bull run is still not over!

Since my last newsletter, A LOT has happened — so let’s talk about it in the latest edition of Pro the Dogecoin Millionaire’s Diary!

In this edition, I'm recapping:

In my last newsletter, I detailed how I’m the focus of an upcoming documentary film. The project is still moving along swimmingly. I’ve met with the director, Chris Temple, a couple times since he visited my family in Maryland, and it’s clear he really gets me and my vision for how I’d like to be portrayed.

He had some pretty good ideas, and we were able to chop it up and come to a good place for upcoming shoots. We planned to film my birthday (August 30th) and feature some friends over at my place, which I was stoked on!

I’m pretty excited for everyone to get a chance to meet the key people that played a huge role in my journey moving to LA. 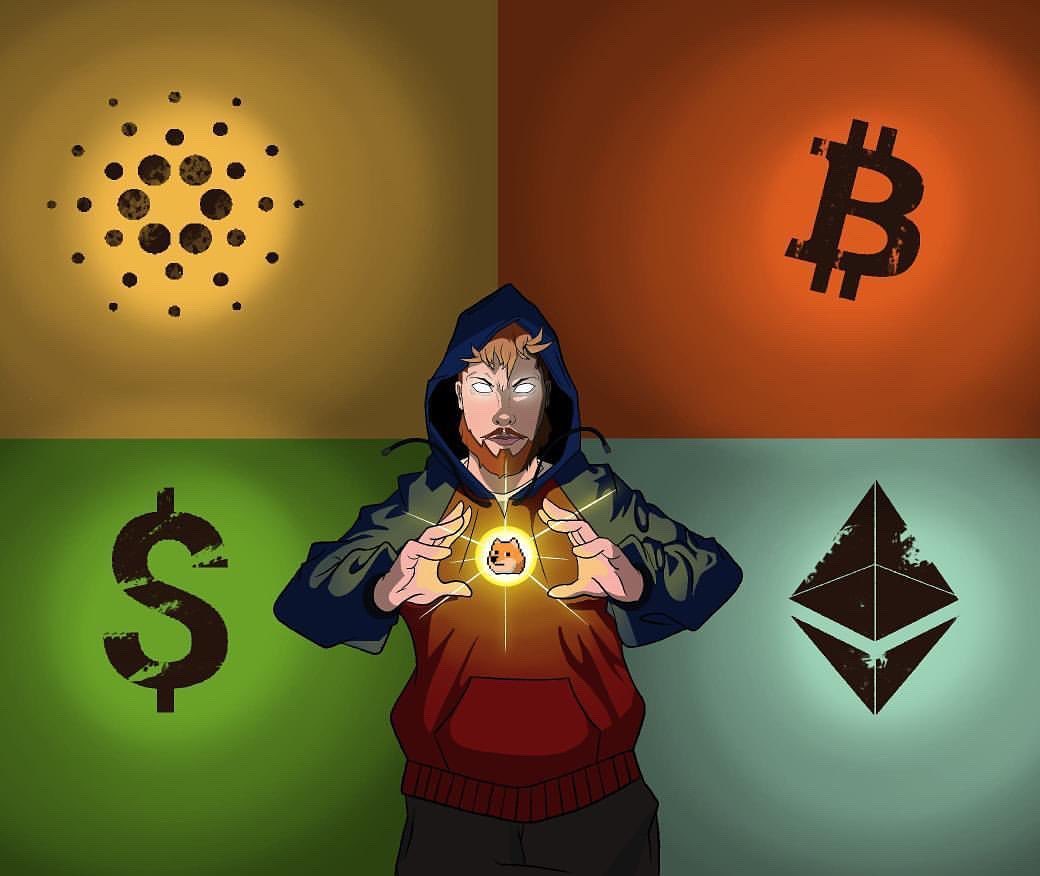 So on August 1st, Doge was at 20 cents. Not my favorite number, but better than it had been a couple weeks ago when Dogecoin dropped to 16 cents and made me want to cry every day.

The price of Dogecoin has been fluctuating because the alt coin market follows Bitcoin. So if Bitcoin is down… well then everything else is also down. As soon as Bitcoin starts taking off, everything else follows.

Currently, my portfolio is sitting right about 1 million dollars. Here is a screenshot, so the haters don’t doubt me! 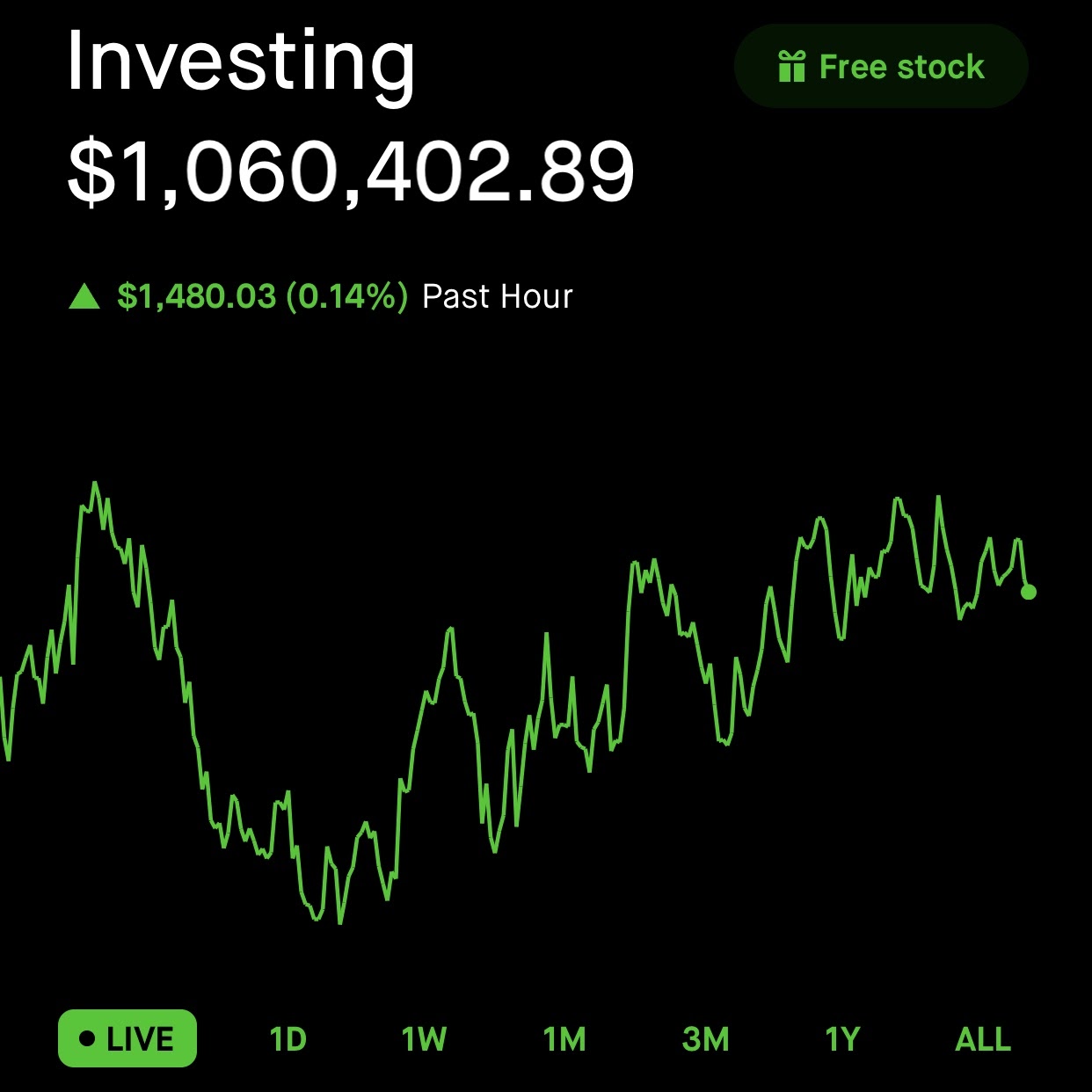 Of course, the number on the screenshot above does not include the additional Dogecoin (roughly 300K coins) that I also hold in my Coinbase wallet.

On my birthday — August 30th — I planned to buy a few more coins (as a birthday present to myself), which will bring the total amount of Dogecoin that I own to the MEME GOD NUMBER of 4,206,969.

That amount will be locked and sealed until we either reach $1 (where I’ll be cashing out about 10%), or until a full year passes and I’ll take out 10% no matter where Dogecoin is at.

I’ve dropped quite a few videos since the last newsletter, but I still haven't been able to be as consistent as I would like. I’m trying to get to the point where I’m uploading YouTube videos on a daily basis that cover Dogecoin news, update everyone on my portfolio, and highlight my personal takes on crypto.

On a positive note, I received my first check from YouTube. Huge!

It came out to 1,000 bucks, which I’m really excited about. And the month of August is shaping up to being about $3,000 for my second check and first full month of YouTube monetization.

I’m hoping to step my game up in September and get to about $4,000 if I’m able to increase the output of my videos. I guess we’ll have to see, but I’m going to definitely try my best.

In the previous newsletter, I also detailed my latest merch drop. The sales have been doing really well — approximately $3,000 worth of merchandise was sold in the first month.

This is amazing to me, and I want to shout out every single one of you who bought a shirt or a hat or one of my pins! It truly means the world to me that you guys support me the way you do.

Speaking of product drops, in the month of August, quite a few things came together that I’m very excited about. One project on the horizon is that I’ll officially have my very own energy drink in collaboration with MOJO (whose slogan is “Crypto Meets Energy” lol).

How did this collab come to fruition? MOJO actually reached out to me and were very excited about launching something for the Dogecoin community. We even talked about accepting Dogecoin as payment for the energy drink! 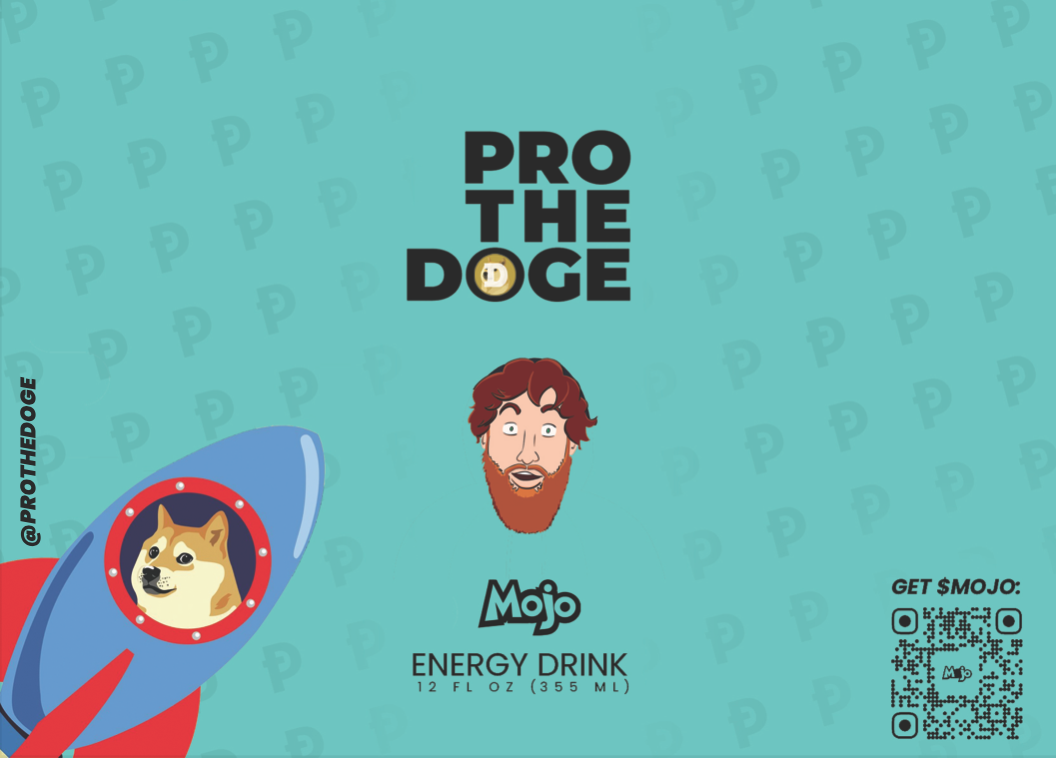 We really wanted to get the product out to you guys as soon as possible, so we went over a few potential flavors and designs for the artwork. They sent me some samples, I tried ‘em out, and I picked something that I really liked.

We haven’t finalized a name for the drink just yet, but we were able to finish the design, which you can peep above. Shoot me a tweet to let me know what you guys think!

In similar news, I’ve been in talks with Dogebeans, which is the first Doge-themed coffee shop of it’s kind. I’ll be collaborating with them on my own coffee flavor and beans for their shop, which I’m equally hyped on. Beverage collabs galore!

The collaboration happened very organically. Doge Beans sent me some coffee to try, and I ended up really liking their stuff. I found out they had already partnered with @greg16676935420 from Twitter on his own coffee, and Greg is an online homie.

So excited to announce the release of “The CEO” by @dogebeans!!!

Tastes amazing AND you can buy it with Dogecoin or Bitcoin. Visit  to check it out!!🐕☕️🚀

At the time, I needed an illustrator for this newsletter, and Doge Beans connected me with someone they knew — the talented Smaxorus (who created the image at the very top of this digital diary)! From there, Doge Beans and I started talking about a coffee collab. Doge Beans wants to create a Hall of Fame of crypto ambassadors, so I’m stoked to be involved.

These may seem like a lot of product partnerships, but when it comes to collaborations, my attitude is I’ll do it if it makes sense and feels organic. I try to limit merch collabs as much as I can, though, because running my online store has proven to have its challenges. 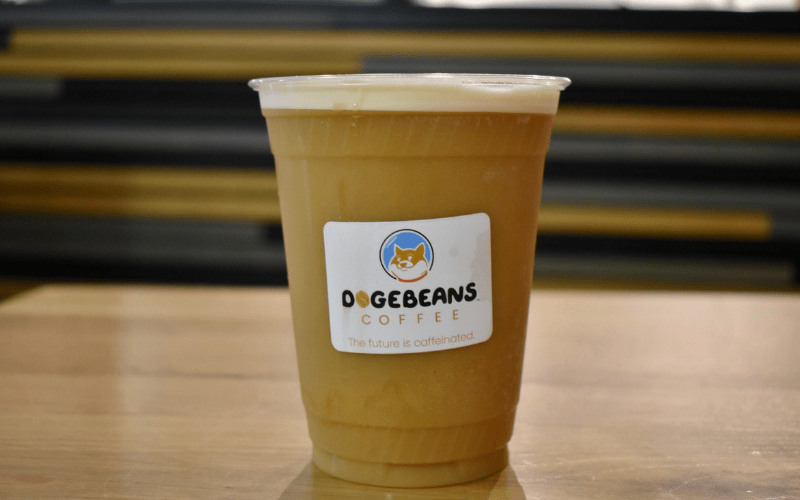 Some of you reading this newsletter may have seen me post about my August diet challenge. But to reiterate, I budgeted exactly $100 to spend on food for the entire month.

It was pretty interesting, to say the least. Lots of ramen, Taco Bell, Costco hot dogs, and dollar meals at McDonald’s have been consumed. The nicest meal I ate in August was at Subway, though it was way more expensive than I thought it would be. When I started writing this newsletter, I had about $30 left and a few more days to make it through. It was a tight squeeze, but I was able to complete the challenge.

Why did I try this twisted, month-long diet? I wanted to prove that you can get by eating on a bare-minimum budget. The goal was to show that it could be done. I’ve never attempted anything like this before, even though I have always been frugal with my expenses, especially with food.

I probably would never do a diet budget like this again. But I wanted to demonstrate to people who are much younger and can eat less healthy (without suffering as many repercussions) that it’s possible to make a few sacrifices and invest the additional money saved into stocks or crypto. Though I also wouldn't recommend eating like this...

Let me be very clear: This is not a healthy way to live. I’m fully aware of that.

To wit, I’ve been gaining hella weight, like 20 pounds, which is horrible but makes sense after embracing this terrible diet for a month. I’m going to eat right and exercise in September, with a goal to lose about 50 pounds before the end of the year.

I feel like I’ll be able to lose anywhere from 10-15 pounds in September, and hopefully the same in October. I’m currently at 215 pounds, and want to be down to 185 pounds by late November.

We’ll see how that plays out in my next newsletter.

So I got paid $6,000 in Bitcoin for an advertisement campaign. I was planning on waiting until Bitcoin either hit $50K a coin or Dogecoin dropped back down to 25 cents before I traded it for Dogecoin.

Neither of those things happened, but Bitcoin did get up to $48K, which brought my $6K amount up to $7K… and then I traded it all for Dogecoin and got some more coins.

This was all to get closer to my meme god number of 4,206,969 Dogecoin, a longtime goal of mine. At the time of writing this, I was only short a few hundred Dogecoin, with the goal to hit the meme number by August 30th, my birthday.

Some people thought I was crazy for selling my Bitcoin and buying Doge, but honestly buying Bitcoin at its current price is like buying Amazon stock for over $3,000 per share. It already had its growth spurt and is a safer bet, sure. But you won’t make as much in the long run. Buying Dogecoin right now is like buying Tesla at $200 back in 2019. I expect Doge to hit another all-time high by the end of the year.

Is Cardano the Next Big AltCoin?

The next coin I’ll be investing into is Cardano. After reaching my meme god number with Dogecoin, I plan on only buying Cardano.

I even got some press coverage for this plan, including CNBC, Forbes, Benzinga, and Business Insider.

Buying Cardano right now is like buying Ethereum five years ago. There’s an incredible amount of utility that it has, at a much cheaper cost than Ethereum. Obviously Ethereum is working on Ethereum 2.0, which will be in direct competition with Cardano... but the latter will still be up there in competition.

In my opinion, Bitcoin is blockchain 1.0, Ethereum is blockchain 2.0, and Cardano is blockchain 3.0. It’s currently the number three cryptocurrency in the world based on market cap, and it’s still relatively cheap to buy in.

Cardano is coming out with smart contracts, the Alonzo fork, proof of stake, NFTs on its blockchain, and more — and doing it all for a lot cheaper than Ethereum does it.

Cardano is currently worth $3. But I expect it to dip soon, at which point I’ll be buying in. I have a feeling by the end of the year Cardano will be $5... hopefully.

Also, I’m thinking this new venture into Cardano will help me cover more than just Dogecoin on my YouTube channel! Expect fresh videos about this topic in the very near future.

So that’s what I’ve been up to since my last diary — new YouTube videos, more shoots for the documentary, my strange budget diet, hitting the Dogecoin meme god number, and planning on a Cardano bull run. And my birthday ;)

I’ll keep you all posted on how my new crypto investments play out in the next newsletter. Same goes for my new health goals. Thanks for tuning in and riding along for my Dogecoin voyage.

As always, stay up to date with all my stuff by following me on YouTube and Twitter.

An Inside Look at the Life of Dogecoin's Biggest HODL'er